Where in the world is Janie... 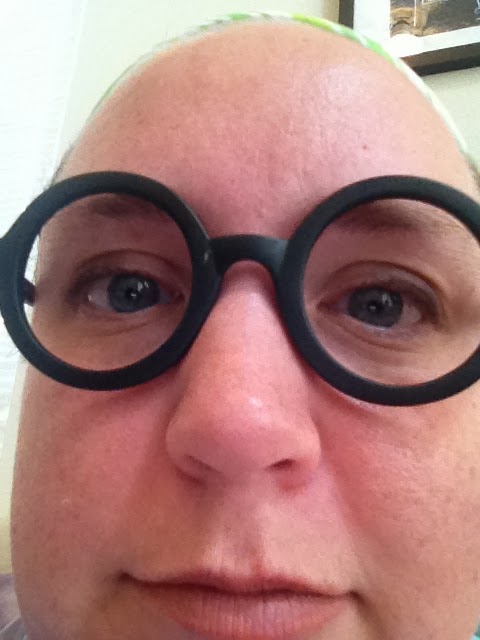 Oh blogging.... I can't give you up but I often let you down. My mom's story sits there looking at me. I wait for her next installment. She is quite a writer isn't she? I've had to assure people in my life that no she is not making it up. Those are real people, they are/were characters but very very real. I love how her words have brought the stories back to the surface and brought them to life. This past Sunday watching Cosmos -- The part where the ode to the written word of humans is highlighted I thought of my mom's story and was immensely grateful to her for putting it down for me and future family members to read.

So this is my "one year post" Yes its about religion so for those who are sensitive to that topic you can tune out now.

I can't believe I don't have a specific date for the 'last Sunday' we attended church. It was such a long time coming that when we actually stopped it was a non-event in a way. I have a few snapshots in my mind. Like the phone call about a ride to scouts. And me saying "We won't be doing that anymore."

A few last things related to callings dropped off and a few final emails. And then that was about it. The living room and bishop's office sit-downs had already occurred.

In honor of this post, I even looked up my very first email to friends from the nebulous beginning of my questioning:

So I am having a crisis of faith apparently and I think Kyle doesn't know what to say to me anymore - so I have been praying about it and I keep thinking I need to talk about it. Because 1) you are smarter and more learned in the scriptures than I am and 2) I don't think my mumblings would negatively affect your faith.

I've tried to kind of quell my own mumblings but my thoughts get circular on the subject and its frustrating. Then I thought I'd bring it up one day in person - but that may be awkward.  So anyway - its so cliche too - A LDS woman struggling with the topic of polygamy - but I am struggling whether it is cliche or not.

And it all really boils down to the fact that my whole life I did not know he had what? 30 wives - to this day I still don't know details - and its very precarious to try to research it online - you know what kind of stuff is online - which I have avoided.
but through what I feel were honest sources (not anti) I did find more. And it was unsettling. Mainly this point - that he hid the marriage ( to a girl who was only 17) from Emma and quote :
Book of Mormon witness, Oliver Cowdery, felt the relationship was something other than a marriage.  He referred to it as “A dirty, nasty, filthy affair...”
those words keep echoing in my mind,
So I tried to let it go and turn to the scriptures only and choked spiritually on section 132 like I have before.

I feel like I could overcome the topic if it didn't seem hidden by the church. How many members today if asked would only know Emma asJoseph's wife - do these other women not deserve recognition - they bore him children... If it was my daughter I would not want her swept under the rug.

I feel like I can't move away from this and when "Joseph Smith" is said in church I ache. I mean if a man did that in the ward right now he'd be ostracized.

on a similar vein - Men being able to be sealed after the death of their wife and women not being able to. I can't. get. over. it.

anyway. I am going to pray more and fast.

I am sorry - feel free to think I am crazy and tell me to take it up with the bishop.

Almost like the pain of childbirth, I can't really remember the pain I felt then. I know it was real and deep and agonizing. But I have none of that anymore.
In fact I've come very close to not writing this "anniversary" post at all. But I'm going to do it anyway... what's that they say about an unexamined life...

So where am I now? where are we as a family?

To answer the oft asked question... so what do you believe now? I took that question seriously when posed to me and I started really diving into what it was that excited me. I have found such a renewed interest in science, specifically scientific skepticism. Found the old copy of Carl Sagan's Cosmos. Dove headfirst into some great science podcasts and discovered to my delight there is a vast network of modern skeptics that work to promote the beauty of science and the benefit of critical thinking.

In the social adrift state after leaving the church my natural inclination was to turn to the many crunchy mom groups and natural birth community groups. I have found dear friends in those circles.

Sadly though, I noticed the trend emerge that many things were still dogma based. A set of "rules" that were incontrovertibly true to many in these circles. Science denial often trumps when certain topics come up (vaccines, homeopathy, diet extremism, etc.) I felt I had in a sense jumped from the frying pan into the fire.

One night at dinner with a very cool friend who felt somewhat abandoned by a birth network she was a part of for political reasons she said "I thought one day instead of making myself fit in a place, I'll make my own damn place."

Brilliance!  I was a person with a foot in two worlds. A new found skeptic thirsting for science but still the babywearing extended breastfeeder who had two babies born out of the hospital. So I worked to find my own place to fit. And I started the Crunchy Skeptics group on facebook. It has helped me come in contact with some absolutely marvelous people. I've made wonderful new friends and have some fantastic people as admins. Several scientists, doctors, nurses, journalists, midwives, birth professionals, and more offer support and advice in the group. We chew articles up and debate the real data. We know logical fallacies and point them out readily. I have found the convos there to be unparalleled to most online groups. I know its *just* facebook but its really been a fantastic way for me to focus my time and effort doing what I love: chatting.

Us as a family:

We are now attending Fellowship of Freethought (meets once a month). Always interesting topics and the kids learn some great things about science or the natural world in their classes.
We are hoping to send the oldest three to Camp Quest this summer and Kyle and I will be volunteers.
We are all super excited to be watching the remake of the Cosmos series. This fuels my Neil deGrasse Tyson fangirling which makes everyone only roll their eyes a little bit more at me.
We are going camping with new friends again this weekend.
Wow... Sundays actually spent relaxing. FOR. THE. WIN.


Over the past couple of years I have felt some of the most difficult pain ever. Only rivaled by the pain of losing my father and brother, and it even encompassed that pain as well. I am so glad to be on the other side of it. I think of people like my husband, my mother, my sister, my mother in law, my older children, a few friends who have just listened to me over and over and over again through all of this. For new friends that I never would have met if not for my path of great change. I am a better person for having such open minded people in my life.

I have also lost many friends. And I am close to the point of forgiveness now. At first I felt rejected, then I rejected the relationships myself. It just is what it is. Its almost like a color. I like the color of those friendships very much, I just don't know quite how to incorporate them into the decor of my life now. I hope some day I/we will figure that out.

I was asked the other day if you could go back and not know what you know about the church would you?

At first I would have said yes.

Now? not only no. but hell no.

My life is richer for all the things I've learned. 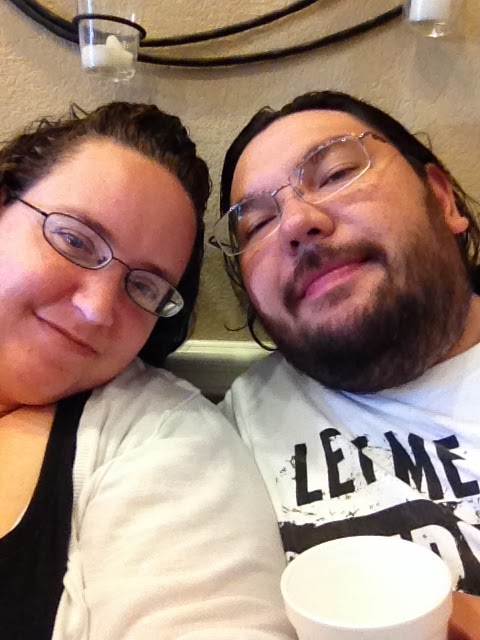 PS. In other news, Kyle's hair has gotten a lot longer and his vas deferens shorter ;)