My Life in Words, Part One: The changes in her body.

I love words, I asked my mom to give me the best gift ever - her words.
On Christmas Day she sent a file with the start of her life story.  I am moved to tears. The story deserves to be shared. I asked if I could share it here. She said it is a gift to me and I can do with it what I want. So without further ado.. My Mom's story: 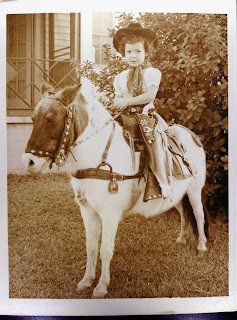 I had a lot of strange thoughts as a child.  The odd thing is that I didn’t think they were strange.  It was only upon the telling that I realized that others didn’t have that common belief system.  Now, don’t waste time trying to imagine what my strange thoughts were.  They weren’t interesting enough to waste your thoughts on.  Here’s an example.  I thought that as humans ate, the food filled up their bodies from the feet up.  One would only have to poop when that used up food reached the place that all poop needs to reach.  I don’t think that was my strangest thought, but I don’t think it was my least strangest either – it is just given as an example, so you can begin to know me as a child.


I consider myself fortunate to have grown up in what is most politely called the .

I was considered quite bright as a child, which in a way complicated the building up of my knowledge base.  Family members just assumed that I knew things.  Extended family members (who made up most of the people we associated with) didn’t really care what I knew.  But I often ate little nibbles of information from the very table of life where others didn’t even know I dined.  You see, children were often unnoticed, much less assessed as to their intellect.  So I passed through my days, gathering tidbits of information which I somehow fitted into my knowledge base, while discarding other tidbits which no longer seemed accurate, interesting, or even believable.  I consider myself fortunate to have grown up in what is most politely called the .  Everyone I knew, even those I was not related to, were interesting.  If they weren’t interesting on their own, their neighbors and friends made them interesting by decorating their mundane lives with half truths about their pasts, presents, or futures.
Oddly enough, the topic of which I knew the least was myself.  I didn’t know who I was.  I only knew that I had a mother, a grandmother, a grandfather, and an aunt.  Those were the people who lived in my house.  During my younger years, I never questioned – didn’t even wonder – about why the makeup of my household was nothing like the makeup of the other homes on the block.  When my friends had to go because a mom had called them inside, I was listening for the voice of a Me-Maw.  Only rarely did a child ask me what, or who, a Me-Maw was.  I knew intellectually that she was my grandmother, but I didn’t quite understand why she had taken on the jobs that were usually done by the moms of the neighborhood.  Since most of my early playmates were my cousins, I didn’t have to explain to them.  My adult self wonders what stories and explanations they had been told by their parents to explain the makeup of our household.  I could ask them now.  I am on good terms and in contact with at least two of them.  But I don’t want to.  I don’t want to know what mean or sad stories they were told about me.  Or maybe I don’t want to hear the lie they would have to make up quickly in order to respond to my question.  Either way, I’m content to just let it be.

Ahh.. Me-Maw.  Maybe Savior would have been a more appropriate name.  Now that I am as old as I ever expected to be, I can put myself in her place and get a glimmer of what it was like for me to join the family.  It was the fifties.  “Good” girls didn’t come home pregnant after meeting some boy at the skating rink. It wasn’t even on her radar.  It took forty years before my aunt finally told me the story, and after I heard it, I understood why it took that long.  It wasn’t pretty and there really wasn’t any way to pretty it up.  A sixteen year old girl took up with a seventeen year old boy who flattered her into doing things she hadn’t done before. And once he had enjoyed the experience, he made the decision not to enjoy it again.  It was a typical teenage flash-in-the-pan romance.  But there was this one little detail that wasn’t so typical.  In whatever uncomfortable, seedy location they found to couple, a miracle happened.  And I was that miracle.

a swelling in a belly

Later on in life, it became obvious that the joining of babymaking material was not something that was going to happen easily to my mother.  I can imagine her slowly coming to the realization of what had happened.  She was probably sick as only a newly pregnant woman can be.  And the changes in her body so obvious in the mirror, the shower, and the bath had to be hard to ignore.  But ignore she did.  Her brain helped of course.  When one doesn’t want to believe something, it doesn’t exist.  But you can’t deny a fetus into oblivion.  It keeps growing.  And growing.  And growing.  Every day, something is added to that mistake.  A heart starts to beat; little toes grow on little legs that soon begin kicking so hard, the movement is felt.  And a teenager lies in bed at night and tries to plan away something that cannot be planned away no matter how many prayers, how many threats, or how many pleas.  Until one day, all the plans explode, and the growing truth becomes too obvious for others not to see.  In this case, the teen with the secret is sent outside to hang the clothes on the clothesline because that is the way it was done in 1952.  But some reason – maybe a mother checking to see if the job was being done right, or maybe she just looked out to see a bird she heard chirp.  But what she saw took her breath the way that no bird could have done regardless of its beauty.  She saw the sun – the same sun that would dry her clothes and leave them smelling summer sweet – shining through the thin shirt her clothes-hanging daughter was wearing.  And the almost autumn sun showed a swelling in a belly that she recognized from the two times before when her body had looked the same way.  And the pit of her stomach told her what was true way before her mind – or her heart – could accept it.